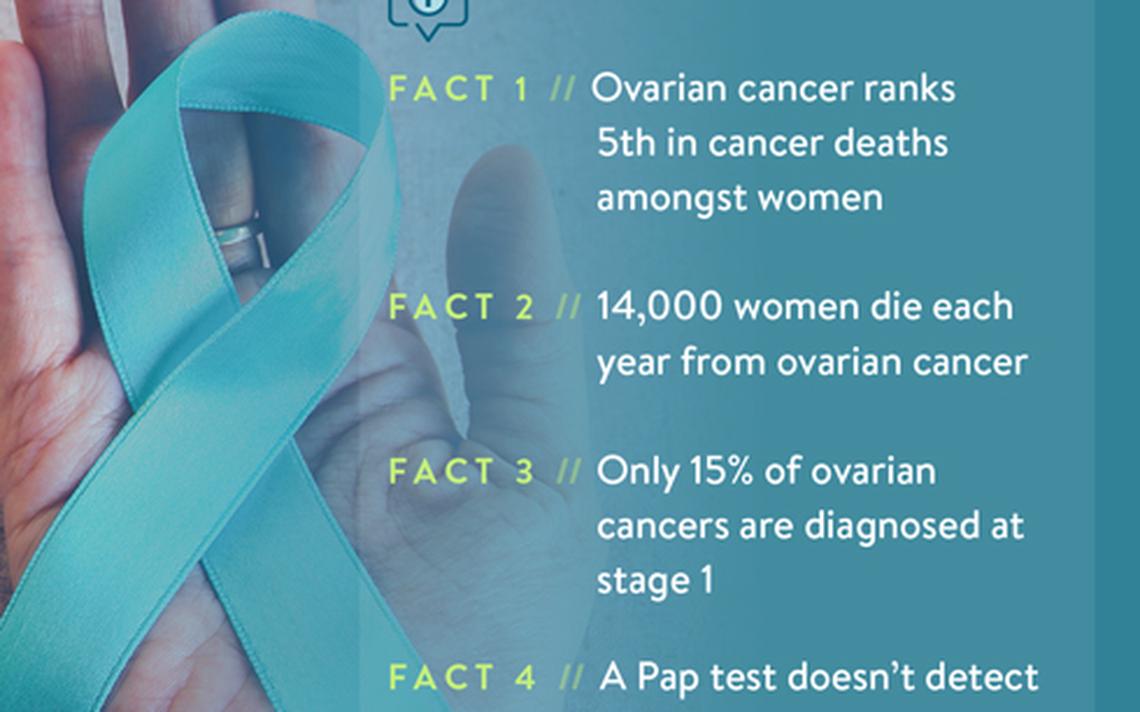 Every 23 minutes, a woman is diagnosed with ovarian cancer, and women have a 1 in 75 chance of developing it in their lifetime. Ovarian cancer is the No. 1 cause of gynecological cancer deaths.

September is “Ovarian Cancer Awareness Month,” and it’s important to know that because many of the symptoms are present in other less serious diagnoses, ovarian cancer often gets diagnosed in its advanced stages which makes it harder to treat.

Symptoms include bloating, pelvic or abdominal pain, fatigue, upset stomach, back pain and more. Having a family history of breast or ovarian cancer, being obese, having a genetic mutation or being postmenopausal or over the age of 40 are just some risk factors.

But there are ways to reduce the risk of getting ovarian cancer, according to ConsumerSafety.org.

Most women who breastfeed experience hormonal changes during lactation that delays their menstrual periods and prevents ovulation. Doctors say the less you ovulate, the less exposure to estrogen and abnormal cells that could become cancer.

A 1969 study published in the Journal of the National Cancer Institute illustrated that the reason nuns were dying at a higher rate from reproductive cancers than the general population of women is because they had many more menstrual periods in their lifetime.

However, some studies suggest long-term use of birth control pills can increase your chances of developing breast cancer. It’s always recommended to talk to your doctor about these risks.

Don’t use talcum powder on or near your genitals

According to the American Cancer Society, the use of talcum powder is likely to be fairly small but might warrant consideration. Talcum powder is made from talc, a mineral made up mainly of the elements magnesium, silicon and oxygen. (Some baby powder contains talc, some does not.)

In its natural form, talc contains asbestos which has been linked to lung cancer. However, talcum products have been asbestos-free in the United States since the 1970s. Even so, studies have been mixed regarding talcum powder’s continued connection to ovarian cancer.

Certain vitamins and minerals have been shown to be beneficial in cancer prevention. They include vitamin A, which is found in leafy green vegetables like spinach, broccoli and brussel sprouts; vitamin D found in milk, cereals and egg yolks; vitamin E found in some oils, whole grains and wheat germ; and Omega-3 fatty acids found in fish such as tuna, salmon and trout.

About 25 percent of women diagnosed with ovarian cancer have a hereditary tendency to develop the disease. Most of the time, the patients have a genetic mutation of either the breast cancer gene 1 (BRCA1) or breast cancer gene 2 (BRCA2).

Getting screened for these mutations could lead to an earlier diagnosis and thus, a greater likelihood of successful treatment. Regardless of whether you get screened or not, if you have symptoms have your doctor do a complete physical exam where he or she can detect enlarged ovaries or fluid in your abdomen (a regular PAP test will not detect ovarian cancer). If it’s warranted, doctors can also confirm an ovarian cancer diagnosis with the use of imaging tests like ultrasound and CT scans.